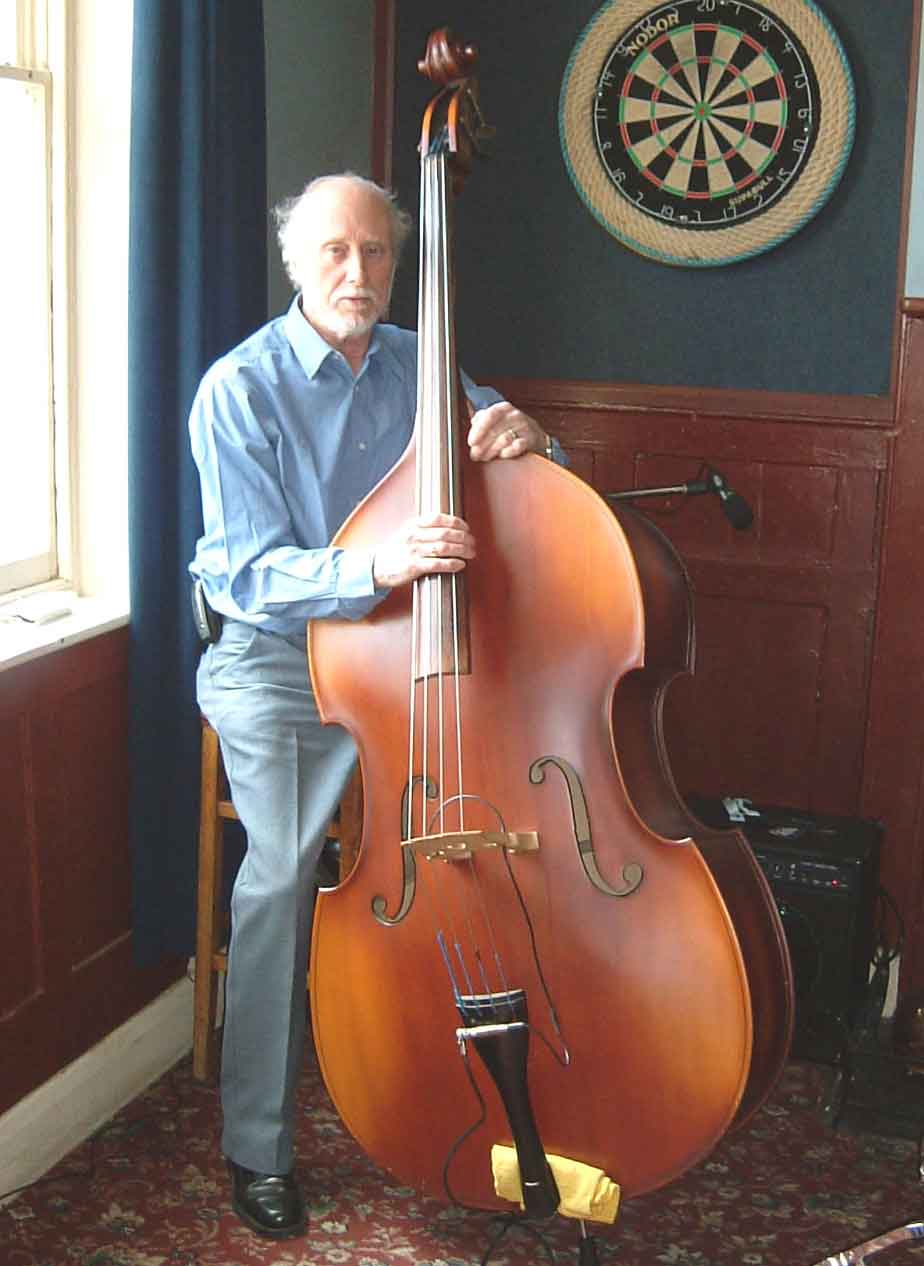 I started my playing days in the late 1950s with a skiffle group called "The Cheques" with old friends of mine, Don Hurley and Ted Hope. After a few years, I joined a small dance band called "The Viscounts" run by John Pollard, with Roger Letley on accordion and Maurice Coveney on drums, up to the early 1970s. Then I met up with Geoff Hatton and joined his band, the "Trad Fad". At this time, the local jazz really took off for me and I played with various guys like Sam Weller, and Dave Link, and played with Lyn Falvey's "Touch of Class", and various other bands - The Invicta Jazz Band, Robin Beames's Imperial Jazz Band, and also the Pilgrims.

It is with great sadness that we announce that Bernie passed away on the Thursday 15th March 2007.  It happened very suddenly with Bernie collapsing at work on the Monday and passing away in hospital on the Thursday with a massive heart attack.   He leaves behind his wife Jill and two daughters, Penny and Julia, and one granddaughter Jennifer.
The funeral was held on the 2nd April at the Bluebell Hill Crematorium, Chatham, Kent, and then afterwards at the Bridgewood Manor Hotel. The lads gave him
a wonderful send-off.   The first video clip is from the house to the end of the road and the second video is from the Crematorium gates. 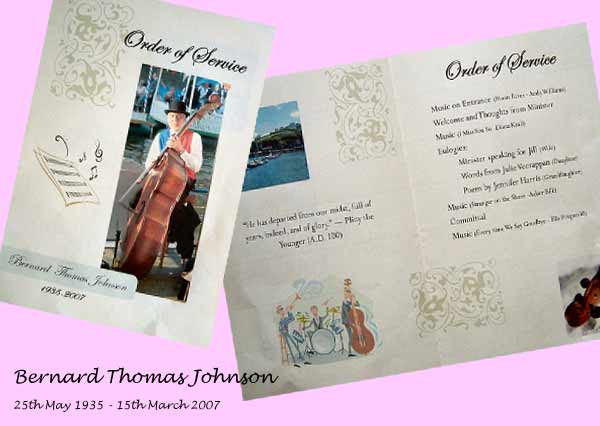 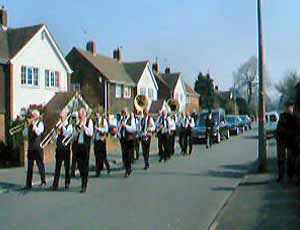 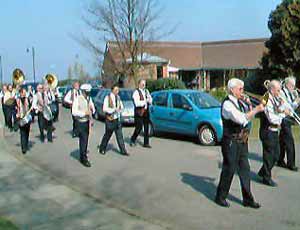 Mike Durell - double bass and piano      Here is Mike playing Out of the Blue with the Alan Littlejohn Band, which was used by the
BBC as the signature tune for 'Sports Report', this was recorded on Oriole in 1962,with band
members: Alan Littlejohn tpt/voc, Len Doughty v/tmb, Harry Lock clt, Keith Ingham piano
Bob Mack gtr and Bernie Godfrey drums.  Click on to Mikes name to listen 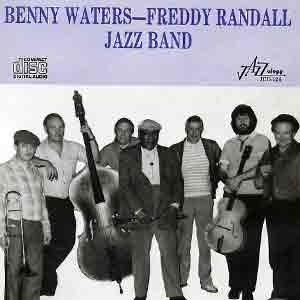 The World is Waiting for the Sunrise           St James Infirmary